I’ve just released PHP Monitor 5.3. With this release, you can now easily manage your Valet proxies. Using a proxy can be very helpful and help you associate a specific IP address and port with any given domain. But that’s not all, there’s more!

Managing proxies is pretty cool, I think. If you’re unfamiliar with Valet proxies: here’s a use case where I set up the mailhog.test domain, which means I do not need to remember the IP address or port to access the web UI, for example. If you have various domains set up, this can have all kinds of uses!

This release also adds automatic update notifications: whenever there’s a newer version of PHP Monitor available, you’ll be notified. You can also check for updates manually if you want to. (You can disable the automatic check in Preferences.)

“Foul Tarnished, in search of the Elden Ring. Emboldened by the flame of ambition. Someone must extinguish thy flame.” Margit the Fell Omen

Last year, I wrote about Bloodborne and what I learned from playing that game: I learned about persistence, skill, and dealing with frustration. This year, I’m writing about this year’s FromSoft game: Elden Ring. Unlike last year, I didn’t have to suffer through a console experience, and I was able to play the game on PC.

Not only is Elden Ring a big contender for game of the year, it’s also one of those games that people will be talking about for years to come. I have been obsessed with the game for the last two weeks. I spent a lot of my free time just slowly making my way through the game.

I completed the game a couple of days ago, and it was a lot of fun. I haven’t been this into a game for a while now. Unlike Bloodborne, which was was sometimes spooky and mostly dark and gritty, my experience in Elden Ring was a much more colourful experience. Now that my time with the game is over, I suspect I will finally be starting Dark Souls shortly.

This release comes with a reworked domains list window and has support for Laravel Valet 3.0. As such, PHP Monitor now also supports site isolation. That’s a big deal and if you read on you can find out why that is the case.

As usual, my thanks goes out to the various beta testers who provided feedback and reported bugs for this release, and I very much appreciate those who have donated money to support the project.

At the start of March, I got my hands on a Steam Deck. The reason I got one is simple: I was among some of the first folks who was able to place a reservation when it was initially announced, and as a result, I was among the first batch of folks who ended up receiving their Steam Deck (a Q1 slot, if you will).

As someone who enjoyed tinkering with Linux when I was younger, I have come to the conclusion that this is already an absolutely amazing handheld with the ability to reliably play a large selection of Windows games, on Linux.

A particular section in the preceding paragraph there (“reliably play a large selection of Windows games, on Linux”) was what I was concerned about the most: I was not certain that the Deck would run many games properly, since we are attempting to run Windows binaries on a Linux environment, without the overhead of virtualisation. 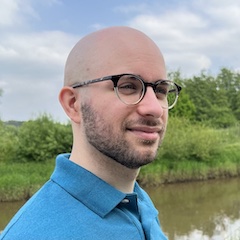 If you would like to learn a bit more about me, you can visit the about page.

You can find the four most recently published posts on your left.

Looking for something specific? There's always the archives, which are searchable.

If you make use of an RSS reader, you can subscribe to either of these feeds.

You can find me on Twitter as @nicoverbruggen. Give me a follow if you enjoy tweets about code and updates on PHP Monitor.